If you happened to work in an office environment in the early 2010s, the appearance of fitness balls in replace of rolling chairs became commonplace for anyone looking to improve daily health. These large, plastic spheres of air were touted to engage your core, correct body posture, and even burn extra calories throughout the workday.

However, when the research came back, these lofty claims fell flat. The University of Waterloo found that "it appears as though there are no benefits to sitting on a stability ball as compared to a standard office chair and claims made by stability ball manufactures, as stated above, were disproved by the current work. Over a prolonged period of sitting (one hour) no differences in trunk muscle activation patterns were observed, suggesting the ball does not aid in core strengthening, and no differences were found in lumbar spine posture, suggesting that the ball does not actually invoke an improved posture. Moreover, the most important finding of these studies was that individuals actually complained of more discomfort when sitting on the stability ball – disproving the final claim made by manufactures."

Flash forward to the next decade, and a new office health hero has arrived. Blue light glasses claim an ability to filter out the "blue light" emitted from computer screens and other electronics. This, in turn, is supposed to reduce strain on the eyes - resulting in reduced headaches, better sleep quality, and improved eyesight longevity. The fitness ball may have failed the test, but what does research have to say about this new office trend.

Blue wavelengths—which are beneficial during daylight hours because they boost attention, reaction times, and mood—seem to be the most disruptive at night. And the proliferation of electronics with screens, as well as energy-efficient lighting, is increasing our exposure to blue wavelengths, especially after sundown

Blue light glasses have not been around as long as the aforementioned exercise ball, so not as many studies have been able to look into the proposed benefits. However, a 2015 study conducted by the Minamiaoyama Eye Clinic and Department of Ophthalmology found that these claims do hold some weight. In this study, they concluded that blue light blocking lenses actually do reduce eye fatigue. In 2017 another study came out to support these findings.

However, just as many experts have chimed in to negate - or at least question - the magical properties these glasses seem to have. A clinical spokesperson and ophthalmologist for the American Academy of Ophthalmology, Rahul Khurana, states that digital eyestrain and the negative effects of blue light on your eyes are two separate concerns. “We keep on thinking about blue lights from our computers and smartphones, but the reality is we get more exposure from blue light from the sunlight.” To summarize, the short-wavelength blue light isn't the only culprit - our lifestyle is. 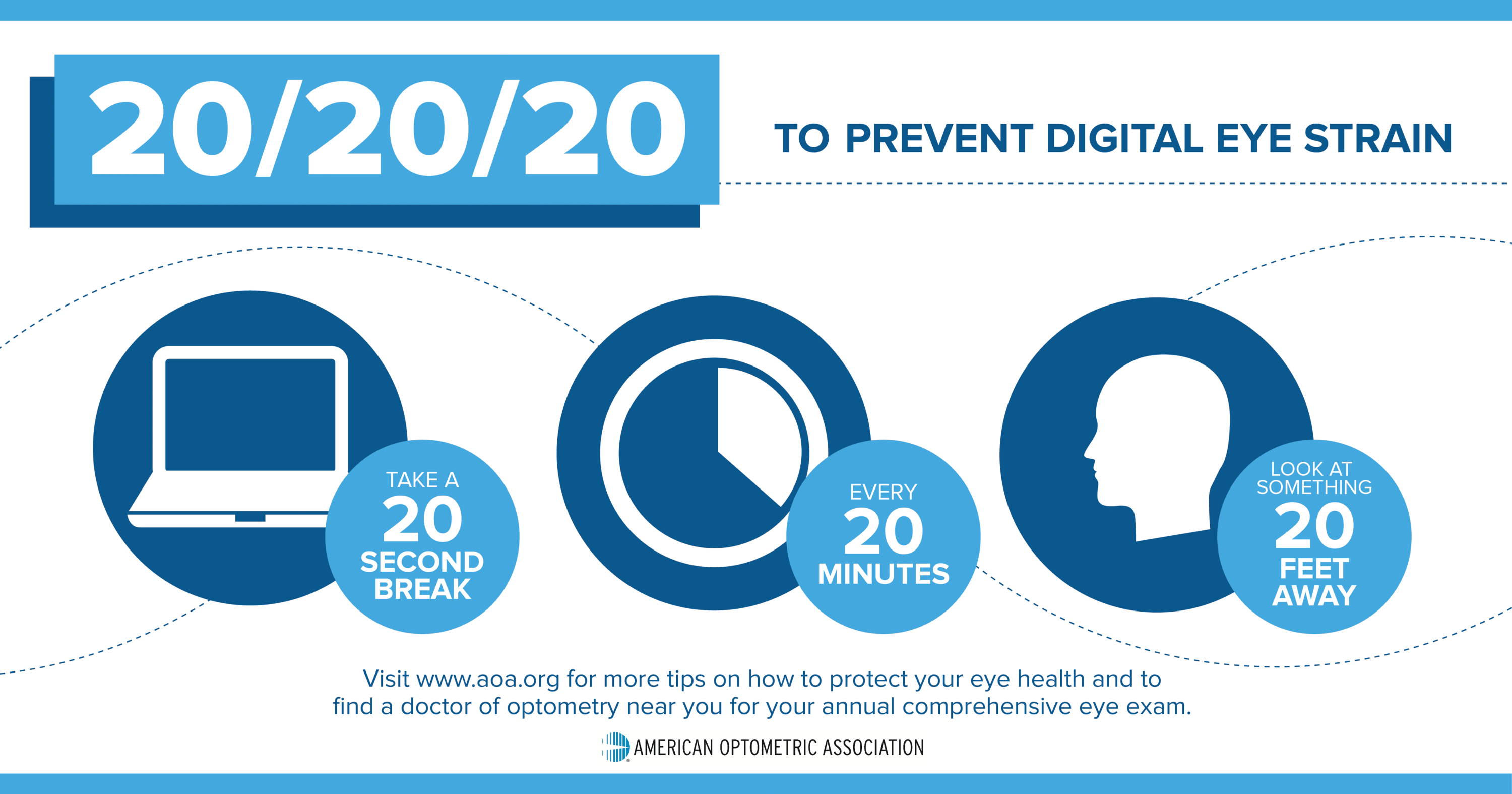 Our eyes are locked onto digital devices for hours each day. Whether it be work , binging Netflix, or checking out the latest TikTok, we've created a pattern of behavior that exposes our retina to a concentrated dose of blue light outside of the natural amount our bodies are designed to handle. To escalate this further, we also rarely experience a change in vision depth. The majority of our day is spent gazing at objects no farther than an arms length away. It should come as no surprise then, that a species built for rising and setting with the sun and staring at rolling hills instead of a 58" flatscreen, experiences discomfort with our new way of life. Not to mention, our eyes are one of the most sensitive and exposed organs on our body. We need to take extra care that they don't get damaged or "wear out" prematurely.

The American Optometric Association recommends a technique called 20/20/20. Every 20 minutes, you should divert your eyes for 20 seconds from whatever device you've been staring and look at something at least 20 fee away. This gives your eyes a chance to relax and re-focus. However, blue light blocking glasses can be a huge addition to this preventative measure! Many doctors recommend wearing the spectacles at night to prevent the short-wavelength light from disturbing your sleep cycle. And following in Pascal's footsteps, even more suggest than there is little to no harm in trying the glasses out, so it makes a lot of sense to buy a pair - even if the research hasn't given a definitive answer yet.